You are here: Home / Blog / CHAMPION the CHAMPION WITHIN”

The “Heart” of a Master Champion

Dennis Kelly was never a great athlete Kelly never made a basket, never made a touchdown!! His High School Coach made fun of him, told the other players he had to play him,since they were always short of players, when he overheard him talking about him in the locker room.  Then, his stepfather, would tell him he wasn’t worth two cents! His girlfriend broke up with him because he couldn’t dance!

As a young man, Kelly decided he would show them all, and went on to not only become a more than successful athlete on the Masters Running Team, a Ballroom Dance World Champion Title, and took 6 world titles, 13 national Championships, most recently the World’s Largest 43rd Open Martial Arts Tournament, at the I.S.K.A., US Open at Disney, Coronado Resort, at age 78, AND while overcoming Parkinson’s Disease!!! “I am doing this to raise the awareness to everyone, that there is a Champion inside all of us, and to Never Give Up, no matter what!”     The rest is history, as Kelly incorporates his life learned lessons, and took charge of what he calls a “metaphor”, and decided he would look at his life like a movie, and he is the director, and created the power to change!! Over time, Kelly’s life has developed into his own “tried & true” system known as “Tri-Neuro-Genics”  aka “TNG” as outlined step by step in his book “The Six Steps to the Fountain of Youth” and his “World Class Master Athlete” manuscript papers that went missing for awhile only to be found recently, & will be going into the Handbook. of  EXACTLY what he did, how he did it to become a 6 time “World Champion” in spite of his adversities of fighting his own personal health challenge, and winning over Parkinson’s Disease!!!

In addition, the “L.I.F.E. Style”  is being developed into a Master Series for “Master L.I.F.E.. Professional Trainers to be able to train others in his winning program. “Following the M.A.P. is key!!!!  These teachings will provide ALL that is necessary to “Champion the Champion Within”, thru his proprietary “Champion Peak Performance” program of Mind/Body/Spirit concepts & principles as outlined in  his upcoming book in progress.

In one man’s victory overcoming Parkinson’s Disease, Kelly is determined to share the power and synergy of the “Human Spirit” and a “Never Give Up Attitude” in his upcoming book in progress, “Champion the Champion Within” to include many years of studies, mentoring with other “Masters” in their field of expertise, incorporating the miraculous “Intelligence of the Heart” and guidance to living  a mastered  “Heart  Empowered L.I.F.E!”, all backed by science and medical documentation .To win his 6th World Title at age 78, whilst fighting his own battle and /health challenge is an accomplishment beyond epic proportions! Imagine what someone can do without health challenges! Infinite Possibilities!

I still compete, and feel extremely blessed that I am able to compete at a world class level, at 78years young, because ofTai Chi and Chi Kung, matched up with my “Master Secrets to L.I.F.E.” thru myproprietary  “Champion PeakPerformance” Training program. Our intention is to open The Dennis Kelly”Champion L.I.F.E. Center” Foundation, with Professionally Trained& Certified Professionals taking this wining program world wide!

“I am on a mission to raise the awareness for ALL people learn how to tap into the life force and KNOW “Inside All of us is a champion!” Whether you are a stay at home Mom or Dad, a CEO of a corporation or you simply want to “Take Back Your time, energy and take back your L.I.F.E!”  It is ALL possible and never too late to start! Remember Age is ONLY a number!   Never Give Up!”

Limited Offer, "You Name the Price" Tai Chi, Chi Kung Videos Most people when browsing a product offering on a website will read the headline and … END_OF_DOCUMENT_TOKEN_TO_BE_REPLACED 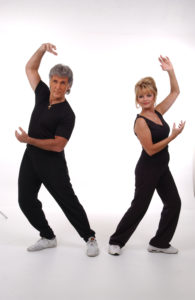